Dutch telco KPN has named A1 Telekom Austria COO Alejandro Plater to its supervisory board as the designate member for América Móvil. Plater will succeed Carlos García Moreno Elizondo who has decided to step down for personal reasons. 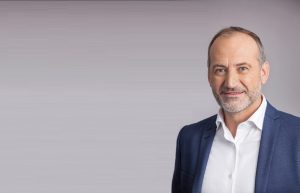 García Moreno Elizondo, who is currently CFO of América Móvil, joined the KPN board in 2013 designated by América Móvil as a result of specific arrangements in relation to the shareholding of América Móvil in KPN. He currently serves as a member of KPN’s audit committee and the strategy and organisation committee.

Plater was appointed COO in March 2015 and also served as CEO until August 2018.

Prior to joining A1 Telekom Austria Group, Plater worked at insurance companies Sud America Seguros, Chubb & Son and – finally – at Ericsson, where he held various positions as director and vice president.

The KPN board appointment is for four years until the AGM in 2025. The change is subject to approval of KPN’s shareholders at an Extraordinary Meeting planned in September.

Duco Sickinghe, chairman of the supervisory board, said: “Carlos is a proven industry and financial markets specialist who has always shown commitment to KPN. We are grateful for his valuable contribution to and support for our company. At the same time, we would like to welcome Alejandro Plater, who brings a wealth of telecommunications experience that will contribute to the long-term success of KPN.”