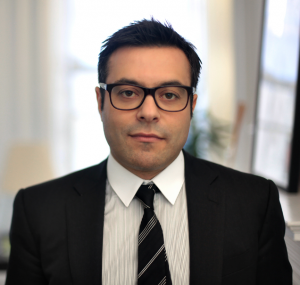 Launching in the UK without a distribution deal with the country’s leading pay TV operators “was a mistake”, admits Eleven Sports chairman and founder Andrea Radrizzani.

Speaking during a Talking Sport webinar series event, Radrizzani conceded that the UK’s market is “very difficult to enter” due to the supremacy of BT and Sky.

Eleven Sports launched in the UK in 2018 as a premium OTT platform with rights to major European football leagues including La Liga and Serie A and other major sports such as the UFC. In the case of La Liga, Eleven Sports signed an initial deal for the 2018/19 season, but that was effectively abandoned after the service failed to attract enough subscribers by December.

Poor performance overall saw Eleven’s UK business shut down after less than a year after it failed to make an impact in the market or secure any broadcast deals to appear on linear TV.

Radrizzani, who is also the owner of Leeds United Football Club, said that he “was convinced that the right commercial strategy and a good proposition for BT and Sky would have provided to all platforms all the content – and cheaper for them – to enable customers to get the main international football.”

However, he added that “in reality it was impossible” with BT and Sky having such a tight grip over sports broadcasting in the UK. He said that “even if I would have offered this content for free, they would have never taken it.”

While it struggled in the UK and saw similar failure in Singapore, Eleven Sports continues to progress in smaller European markets such as Portugal, Poland and Belgium. In the latter, Eleven has just become the domestic rights holder for the nation’s Pro League in a deal valued at €103 million per season for five years.

Of this distribution deal, Guillaume Collard, managing director of Eleven Sports Belgium and Luxembourg said: “Since the launch of their TV product, Eleven Sports and Orange Belgium have built a strong partnership together and this new agreement will help us to deliver on our ambition to bring the Pro League competitions to as many fans as possible in the market.”