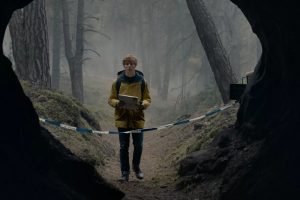 German-language Netflix original Dark has jumped up to the top of Parrot Analytics’ originals in-demand chart for the week ending June 28 in Germany.

Parrot Analytics analyses the demand for recent popular digital titles across international markets, based on the application of artificial intelligence to expressions of demand across social media, fan sites, peer-to-peer protocols and file-sharing platforms. In a new format, the analyst now illustrates demand expressions based on how much more popular a charted title is than an average TV show.

The sci-fi thriller, which saw its third and final season released on June 27, was hotly anticipated in its native country, attracting 29.6 times the demand of an average show.

Netflix in total occupies seven spots out of the top ten with titles like 13 Reasons Why in third and Space Force, the military comedy starring Steve Carrell and John Malkovich, in fifth with 22.5 and 20.6 times the demand of an average show.

Other Netflix titles include Queer Eye, The Witcher, Altered Carbon and Lucifer.

Despite Netflix’s dominance, it is unsurprising that Disney+ hit show The Mandalorian is comfortably in second place with 26 times the demand of an average show.