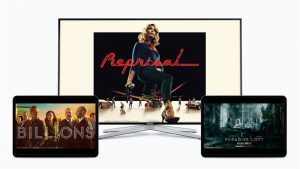 Tele2-owned Swedish cable operator Com Hem has struck a deal with ViacomCBS to bring a number of premieres to its streaming service, Comhem Play+.

The agreement will provide Comhem Play+ subscribers with over 50 seasons of shows and 430 hours of new and library content, and seven premieres for the Swedish market including Reprisal with Abigail Spencer and Paradise Lost with Josh Hartnett and Nick Nolte.

The deal will bring shows including The Affair, Billions, Californication and The Good Fight to Swedish audiences of the streaming service.

“I am proud of our unique collaboration with ViacomCBS, one of the leading content providers in the world. It gives customers with Comhem Play+ access to well-made and iconic series, and ensures that they will be the first in Sweden to get access to new international productions from ViacomCBS. It is an important step in the ongoing development of our streaming service, to provide our customers with the best range of entertainment,” said Jessica Kirchmeier, head of Comhem Play.

“Customers with Comhem Play+ now have access to a large selection of the biggest successes from ViacomCBS, from CBS Television Studios premium series for Showtime, to the latest productions from Paramount Television Studios. This agreement is another example of the increased licensing opportunities available for high quality content from ViacomCBS in the digital market,” said Barry Chamberlain, president of international sales, ViacomCBS Global Distribution Group.