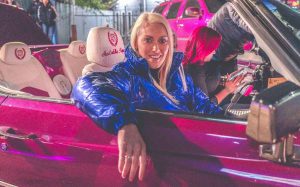 The 12-month agreement will see 125 episodes of Insight’s library of original content become available to the streamer’s 560 million monthly active users, with shows such as Born To, Droners, Morbidelli Rising and Supercar Blondie: Living The Dream on the slate.

Programming will be accessible via iQiyi’s various ad-supported platforms and its affiliated companies, with shows reviewed on a quarterly basis depending on demand. Content will be shown in HD format in the original English language, with simplified Chinese subtitles.

“The deal with iQiyi marks the first we’ve done with a video streaming platform in China and it is definitely the biggest single distribution deal we’ve done in terms of reach,” said Rian Bester, CEO at Insight TV.

“As Insight TV’s content fits squarely within their target audience, we anticipate that young Chinese viewers will relate to and enjoy the personal stories of adventure lovers and thrill seekers from around the world.”

Earlier this year, Insight expanded its presence by striking a deal with Turkish pay TV platform D-Smart, shortly after the company hired former AMC executive Marco Frazier to become SVP of its US studios division.

For iQiyi, the Insight agreement is the latest content pact following a global deal with A+E Networks Asia for its drama Backstreet Rookie. The streamer is also reportedly exploring a potential merger with domestic OTT rival Tencent.