iPlayer sees record month in May with 570 million requests 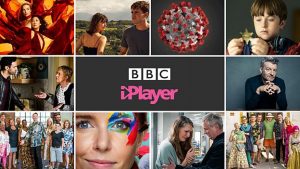 The BBC iPlayer has continued to flourish during the coronavirus pandemic as Brits continue to be stuck inside, with the broadcaster announcing that May has become the service’s biggest ever month.

In total, there were 570 million requests to stream programmes on iPlayer in May, up from 564 million programme requests in April – the previous record. The streamer saw a 72% uptick in requests compared to May 2019.

The month also included the busiest ever day for the iPlayer – May 10 – as the service received 22.5 million requests to stream or download programmes.

Dan McGolpin, controller of BBC iPlayer, said: “BBC iPlayer continues to rise higher with yet another record-breaking month in May – 72% more programme requests than a year ago, it’s been the only place to binge on the wonderful new hit series Normal People and the place to see returning favourite Killing Eve first. Before the lockdown period began and all the way through it, iPlayer has been providing a unique mix of entertaining, informative and educational television whenever and wherever people want it.”