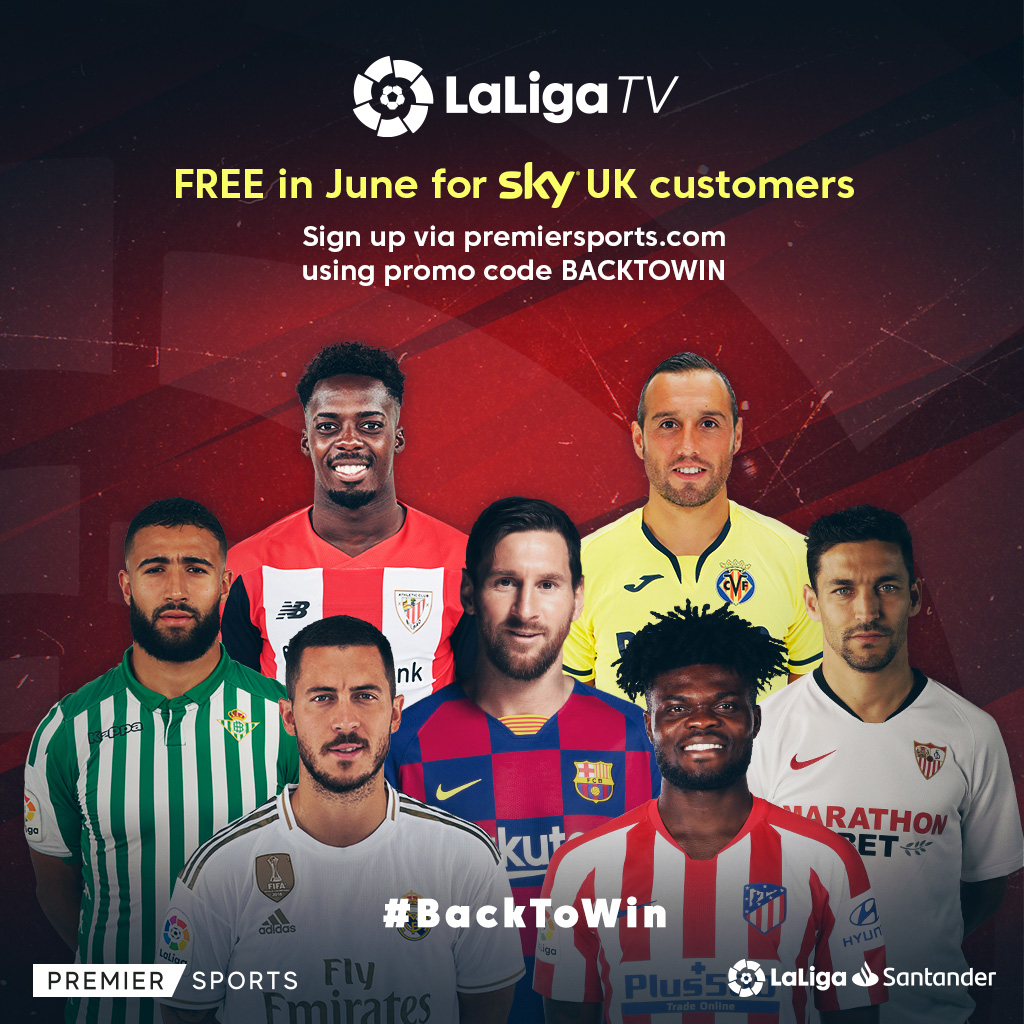 Spanish football broadcaster LaLigaTV will be free to view for users in June when the top flight league makes its comeback.

The channel, which is a joint venture of LaLiga and Premier Sports, will offer all matches from Spain’s top-flight LaLiga for free throughout June from its scheduled resumption on June 8.

Sky users can redeem the offer by visiting the Premier Sports website and registering their details with the promotional code BACKTOWIN. From there, users will have access on Sky channel 435 and via the Premier Player app, with the broadcaster automatically charging a £5.99 per month subscription from July 1.

Non-Sky subscribers will also be able to redeem the offer via the Premier Player service.  Virgin TV customers can access LaLigaTV in a bundle, together with Premier Sports 1 and 2 HD channels, from £9.99 a month.

Speaking at the channel’s launch event in January 2020, La Liga president Javier Tebas said that the league “wants to be as visible as possible” and that the channel will help it in its aspiration to be “the most watched sport in the UK after the Premier League.”