Sky’s subscriber base was hit by the postponement or cancellation of major sports events in its Q1 results, with the loss of 65,000 customer relationships and a slide in revenues.

Sky had 23.9 million customers at the end of the quarter. The reduction in numbers in the quarter compares with 112,000 additions for the same period last year. The pay TV operator’s revenues were down 5.8% to US$4.5 billion. Parent company Comcast said that the results revlected lower direct-to-consumer revenue, advertising revenue and content revenue. 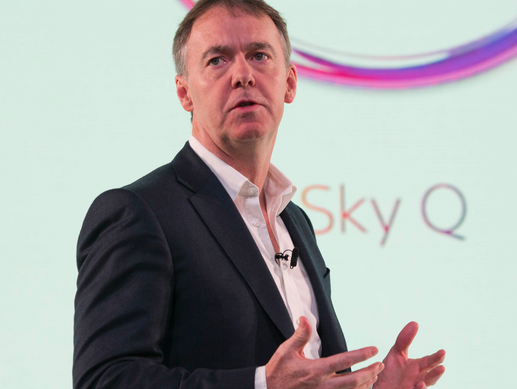 Direct-to-consumer revenue was down 1.9% to US$3.7 billion, reflecting a decrease in average revenue per customer relationship due to the impact of coronavirus.

Speaking to analysts, Comcast CFO Mike Cavanagh said: “Given the significant revenue associated with Sky Sports and the fact that sports packages are sold separately, the complete shutdown of sports presents a unique risk of customer attrition, if unaddressed.”

Cavanagh said that the company had mitigated the risk by allowing customers to pause their subscriptions and that Comcast anticipated that “most major sports will return to complete their current seasons, although at different times for different sports across the Sky markets”.

Cavanagh said he anticipated that Sky’s EBITDA would decline by about 60% in Q2 and Q3.

He said that the slowdown could “cause some delays” in the acceleration of Sky’s investment in its Sky Q platform.

Sky CEO Jeremy Darroch, also on the analyst call, said that “some sort of reset” would be required in negotiating sports rights in future cycles. He said that Sky had an advantage in that sports rights negotiations were typically on shorter cycles than in the US of three to four years, which gave the company the “opportunity” to “take a different view in terms of value” from sports.