Netflix on the up in expanding Russian streaming market

Netflix now has a 4% share of the Russian streaming video market with about 140,000 subscribers in the country, according to research by IAA TelecomDaily. 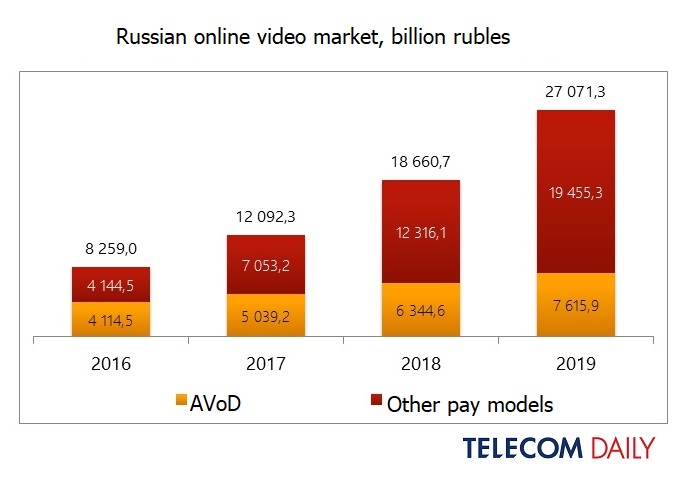 According to the research outfit, Netflix, with revenues of about RUB1.082 billion (€12.95 million) and ARPU of RUB700 is seen as highly priced for Russia’s consumers, but the service remains attractive because of its exclusive content.

IAA TelecomDaily estimates that the Russian online video market is now growing at a rate of about 45% a year and is worth RUB27.071 billion. The research outfit forecasts that themarket will grow to RUB37 billion by the end of this year.

The leading players in the market are local operators including Ivi and Okko, with YouTube also featuring among the leaders. IAA TelecomDaily says that Smart, Okko, TNT Premier and Ivi are demonstrating the highest revenue growth. iTunes meanwhile has a 5% share of the market.

“The price of Netflix’s subscription is too high for the Russian market; it’s two or even three times more than the subscription fee of the main competitors. The popularity of the service is based on the exclusive content of Netflix. In Russia it is difficult to access it in other ways,” said Denis Kuskov, head of IAA TelecomDaily.