Sky to bundle Netflix in £25 per month ‘Ultimate TV’ package 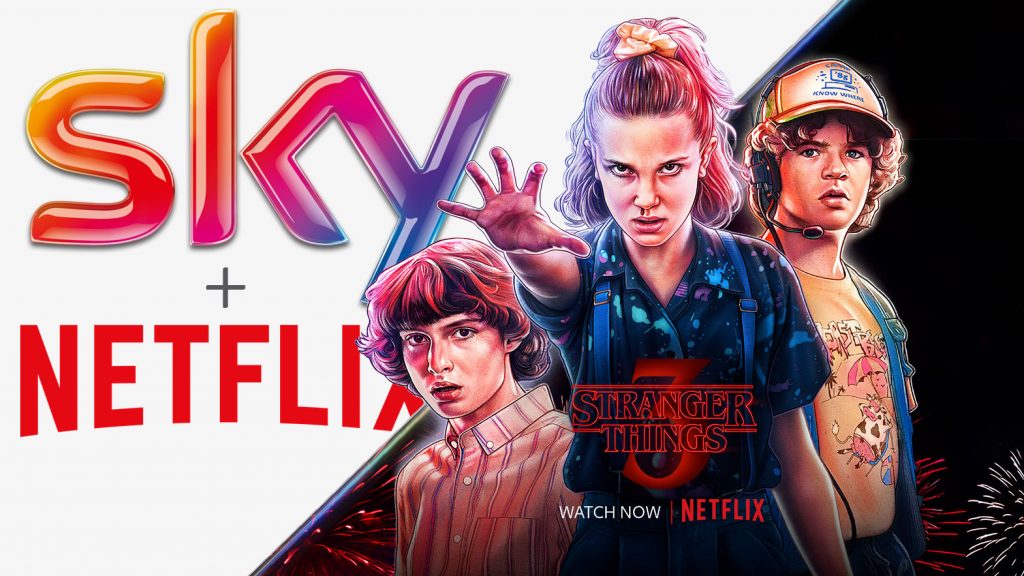 Sky has announced a new ‘Sky Ultimate TV’ package which bundles Sky Q with Netflix for an introductory £25 per month.

In a release, the Comcast-owned operator called the pricing “unbeatable” and said that “you won’t find them together for less anywhere else.” At the end of the ‘limited introductory offer’ the price will increase to £29 per month, which the company said is still the most affordable option for consumers wanting both Sky and Netflix.

Though the pricing is low for a pay TV operator, it being dubbed an ‘ultimate’ package is something of a misnomer.

More of a taster than the ultimate exhibition of Sky’s offering with only 70 channels included in the base package. Flagship Sky channels such as Sky Atlantic, Sky One and Sky Comedy are included, along with ViacomCBS networks Comedy Central and MTV and a handful of Discovery networks. Also included are Indian content-oriented channels from Disney-owned Star India and Zee TV.

That said, it does offer a large amount of on-demand content from Sky, and access to catch-up services like BBC iPlayer and ITV Hub. Starting from the end of March, Sky Q will also offer access to Disney+ – though that will come with an additional cost.

Sky said that this bundle is effectively all of the features of Sky Signature with the addition of Netflix.

However, notably missing are any kids channels (which cost an extra £5 per month), Sky Cinema channels (an additional £11 per month) and sports (£20 per month for 18 months, rising to £23 per month after).

And though the package includes Netflix, it is only the basic version of the streamer which enables access on one screen in SD.

For an extra £6 per month users can bump up to HD (which also increases Netflix to its Standard tier of simultaneous viewing on two devices), while increasing to UHD will set customers back an extra £10 per month (Netflix also jumps up to the Premium tier).

The addition of multiscreen for Sky Q costs an additional £14 per month, while each extra Sky Q mini box will (as before) cost £99.

When all is said, early adopters could spend up to £85 per month (rising to £88 after the 18 month offer on sports ends) on the new package, with an extra initial £20 set up charge. Users will also be wary of the small print that details “prices may change during this period.”

Liz Wynn, managing director, Sky TV said: “With the launch of Sky Ultimate TV, all our customers will get the most talked-about shows from Sky TV and Netflix for an unbeatable £25 a month. From Save Me to The Crown, you’ll get all the episodes whenever you want them, all in one place on our award-winning Sky Q box.”

The launch of this bundle comes several weeks after BT announced a revamped flexible TV package structure. The operator now enables users to jump between tiers and adopt bolt-ons on a month-by-month basis. Users can pay as little as £10 per month, with the most expensive VIP package costing £60 per month.

The announcement also saw the introduction of Now TV to the BT TV platform.