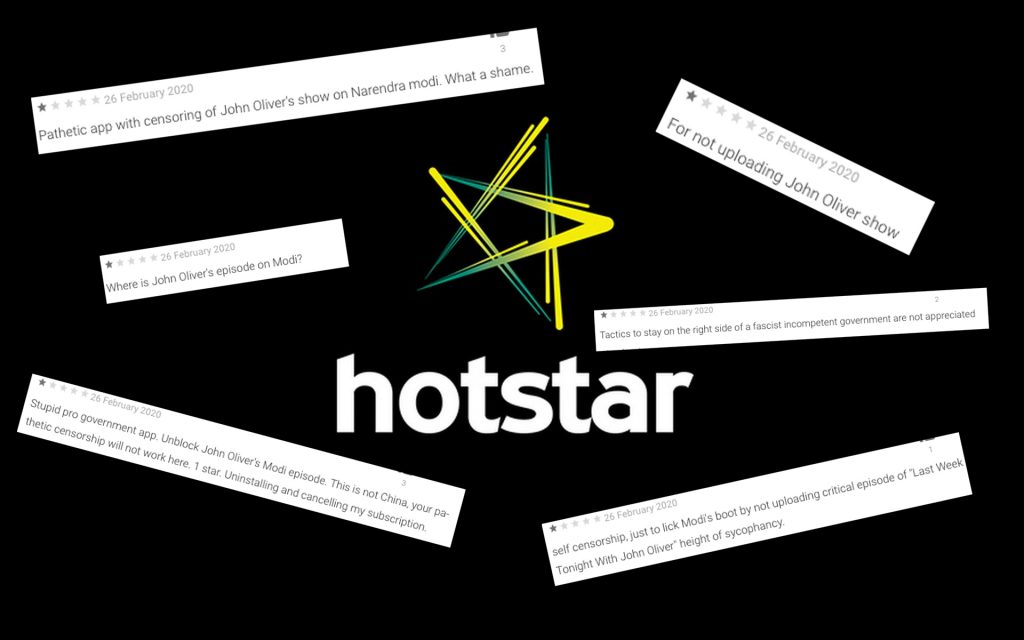 Disney-owned streamer Hotstar has landed itself in hot water after deciding not to upload the most recent episode of Last Week Tonight With John Oliver.

In an episode focused on India and president Trump’s visit to the country, presenter Oliver was highly critical of prime minister Narendra Modi’s controversial policies and discussed recent protests in the country. The segment is available on the show’s YouTube channel where it has over 5 million views.

Hotstar, which is the largest streamer in the country with over 300 million monthly active users, is the streaming home of WarnerMedia properties including HBO for India. As such it had previously uploaded every episode of the show, with this latest episode being an exception.

The streamer previously cut out jokes from an episode of the show which poked fun at Disney, but this is the first time it has pulled a full episode of the show. That it has done so in an attempt to placate a far right government without even issuing a statement has upset a large number of users who have responded in the only way they know how: online.

As first reported by Gadgets 360, a dozens of 1-star reviews for the app have appeared on Google Play and the Apple App Store since the episode failed to make it to Hotstar.

One reviewer on the Google Play store wrote that they “didn’t opt in for censored content,” while another described it as a “stupid pro government app.”

Many reviewers added that the move was enough to convince them to cancel their subscriptions.

Disney-ownedStar India, which operates Hotstar, is yet to respond to the review campaign. A spokesperson from the Information and Broadcasting Ministry said that the government did not discuss the episode with any of the involved parties and that it did not influence the decision not to upload the episode.

Disney will not be pleased by the negative PR generated by this, particularly when it is scheduled to expand Disney+ to the country in a little over a month.

Just-departed Disney CEO Bob Iger said the launch is “a great opportunity to use the proven platform of Hotstar to launch the new Disney Plus service in one of the most populous countries and fastest-growing economies in the world.”