Parrot Analytics: The Mandalorian is king in Italy 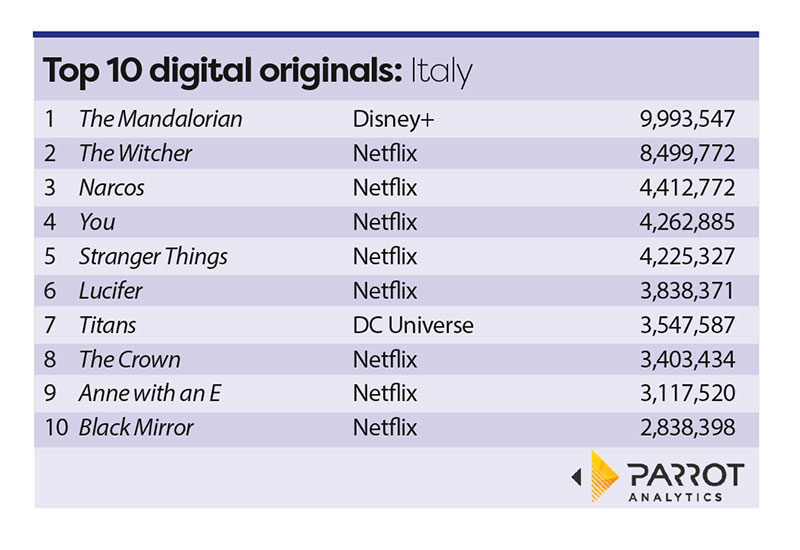 Picking up from the end of 2019, Disney+’s The Mandalorian has started the new decade atop Parrot Analytics’ originals in-demand chart for the week ending January 12 in Italy.

The Star Wars series was the clear favourite with 9,993,547 average demand expressions, over 1 million ahead of Netflix’s The Witcher in second place with 8,499,772 million.

In spite of the Disney series topping the chart, the remainder is a near clean sweep for Netflix with only DC Universe original Titans in seventh with 3,547,587 average demand expressions.

Popular Netflix series Narcos, You and Stranger Things make up the top five, with fans of You celebrating the show’s renewal for a third season.

Lucifer, The Crown, Anne with an E and Black Mirror make up the rest of the list.

Notable in their absence are any original series from Apple TV+, Amazon Prime Video, Hulu, or any local content.