Mobile devices topped the list of ways in which subscribers viewed content from DAZN last year, a year in which the sports streaming service provider saw consumption double to over half a billion hours. 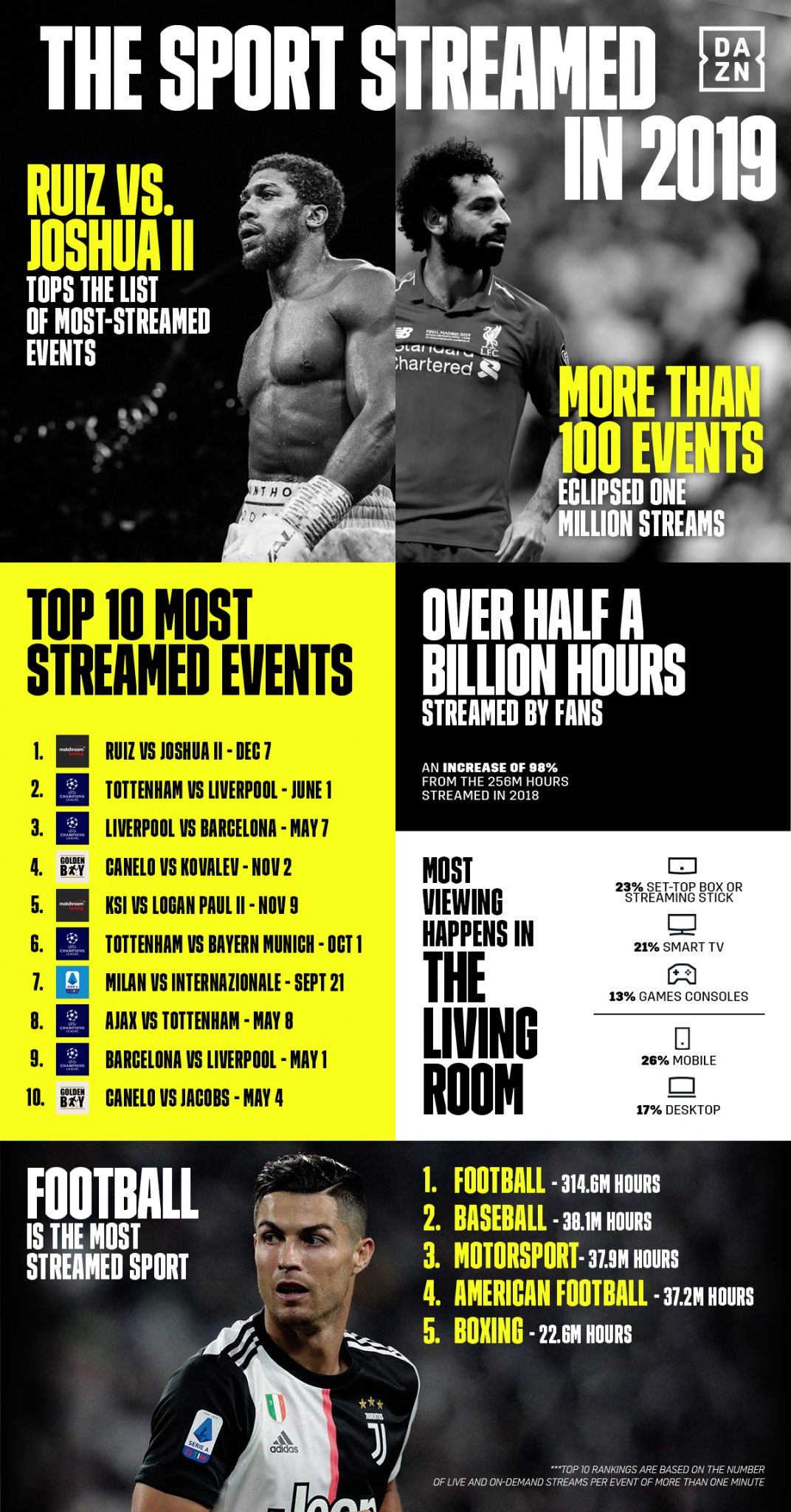 Mobile was the most popular method of consumption among DAZN subscribers during 2019, with 26% opting for smartphones as their device of choice, although TV was more popular overall if set-top boxes and streaming devices are added to access via smart TVs. Some 23% of users listed the set-top box or streaming stick as their device of choice, followed by the 21% who listed smart TV.

Desktop computers and game consoles trailed some way behind, with respective shares of 17% and 13%.

Boxing was the fifth most popular sport in terms of hours consumed, accounting for 22.6 million hours of streamed content.