A move away from licence fee finding to a subscription model means that the BBC would “no longer be the BBC you and I know” and would undermine the public service broadcaster principle of universality, according to Sir David Clementi, the pubcaster’s governor. 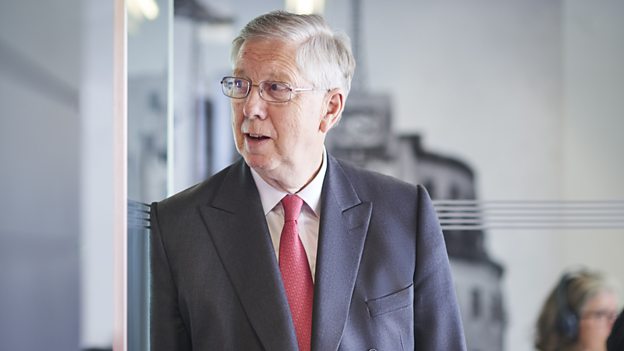 Speaking at the Voice of the Listener and Viewer at the end of last week, Clementi said that “the whole point of the BBC…is that it is underpinned by the principle of universality, that it should be available to everyone”.

Clementi said that the way the licence fee was set in 2015, when the government controversially passed responsibility for deciding on the future of the free licence fee for the over-75 age group, was “inadequate” with little input from the BBC and “none from the public”.

“Some have taken the opportunity of the inadequate historic process for setting the Licence Fee to attack the principle of the Licence Fee itself, and to propose instead a subscription model,” he said.

Clementi said that “there are issues with any subscription model; and the most basic of these is that any subscription service model seeks to serve the needs of its subscribers, and they tend to be the better off”.

He said: |I have no doubt that the BBC would do well under a subscription model, given the quality of much of our output.  But it would no longer be the BBC you and I know. And it would no longer serve everyone. Those who advocate such a model must be realistic and recognise that the Public Service Broadcaster principle of universality would be lost.”

Clementi defended the BBC’s decision to restrict free licence fees to those on pension credit as “fair to those over 75 who most need our help” and no support among the public for the scale of cuts that would be required to fund a fee licence for all older people. He pointed out that there had been “no agreement, nor any expectation” that the BBC would do this when the settlement was reached.

In a wide-ranging speech, Clementi also called for a more flexible regulatory model, saying it was “important that regulators do not take too narrow a view of competition” by ignoring the impact of global players’ entry into the UK market.

“Regulation must set the right incentives to foster investment and innovation. We are not convinced that the current regulatory framework always allows the right balance to be struck,” he said.

“The risk in getting the balance wrong is that high-quality British content will inevitably suffer; and that the UK market will become dominated by global players who will then no longer need to invest in local content to compete.”

He said that regulator Ofcom’s powers to step in when the BBC is taking some action should be restricted to occasions when there “actual evidence of harm” and called for a lowering of the time limitit for the regulator to take a decision “in light of the pace that our competitors are able to move”.