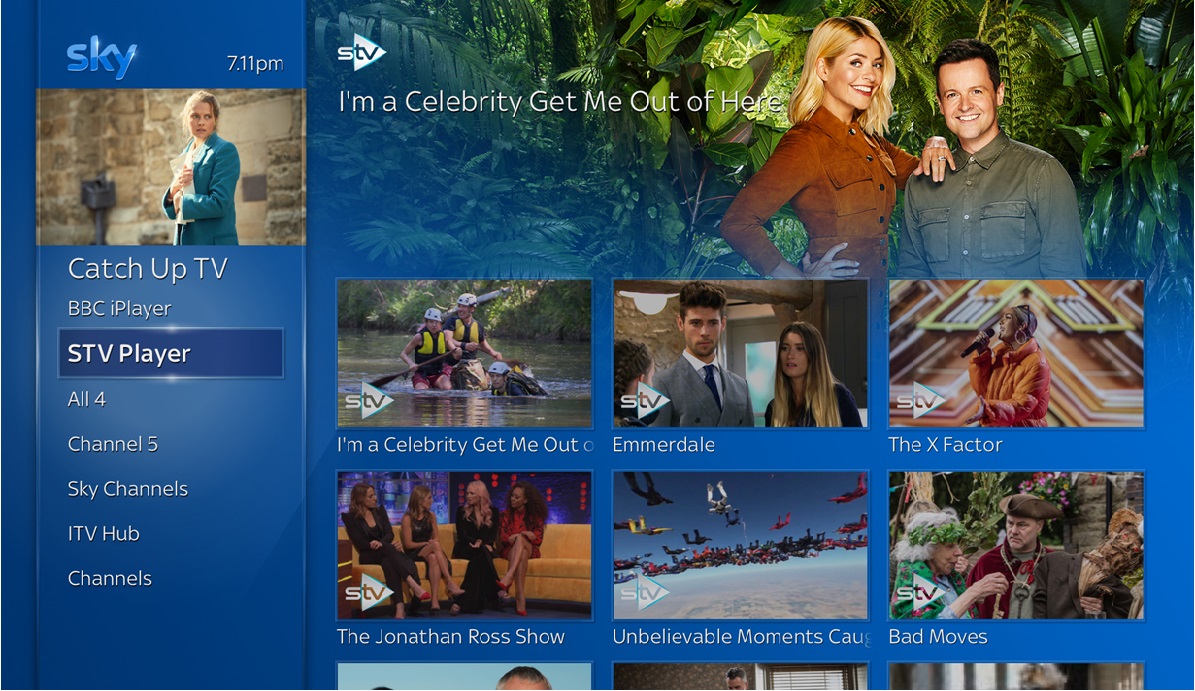 The move will enable Sky customers in Scotland to watch STV programmes including Coronation Street and I’m A Celebrity , as well as providing viewers with all of STV’s local programming, including Sean’s Scotland and STV News at Six.  Hundreds of hours of additional content from both the STV archive and new content partnerships will become available in the coming weeks, according to STV.

The launch follows the signing earlier this year of a five-year strategic partnership with Sky.  STV launched as the UK’s first fully regionalised HD public service channel on the Sky platform earlier this year.

STV Player launched on the Virgin Media cable platform in December 2018.  Together, the Sky and Virgin launches effectively double STV’s digital reach in Scotland, according to the broadcaster.

As part of the launch STV Player will sell its own advertising inventory on the Sky platform following a partnership with ad tech provider Freewheel.

The launch will be followed by a further roll out of the STV Player to Sky Go users later this year.

Richard Williams, STV’s managing director, Digital, said: “With this launch, STV Player is now universally available across all platforms in Scotland for the first time. Sky is hugely popular in Scotland and our viewers will now be able to access their favourite STV shows, like the soaps and next month’s I’m a Celebrity, alongside more relevant local programming whenever they want them.  The STV Player is the most popular commercial broadcast player in Scotland and we’re delighted to be working in partnership with Sky to expand its reach across the country.”

Jon Simkin, managing director, channels and operations, Sky said: “Sky brings together all the best entertainment in one place, so we are thrilled to be bringing our customers in Scotland access to great content via STV Player too.”