Global SVOD subscriptions are set to double over the next five years, according to Digital TV Research. 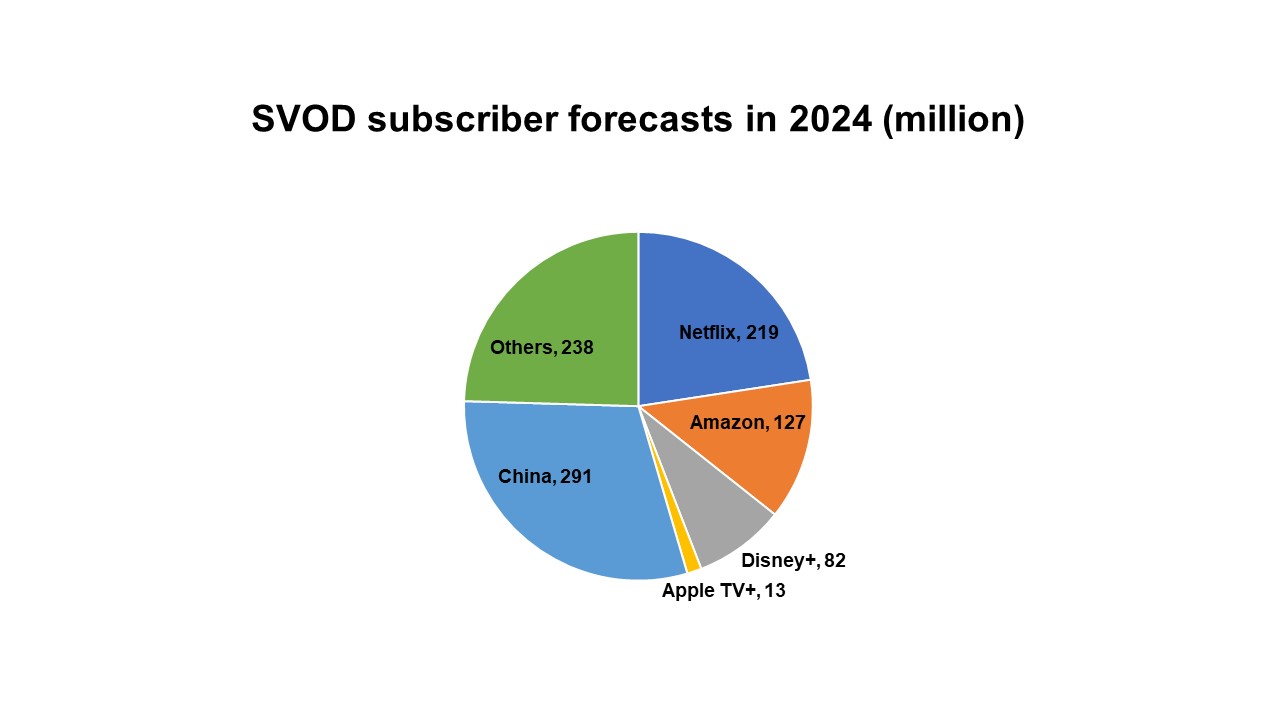 According to the research outfit, the number of gross SVOD subscriptions will increase by 91% or 462 million between 2018 and 2024 to reach 970 million. The total will climb by 124 million in 2019 alone, according to Digital TV Research

These four companies will control 45% of the global total. Digital TV Research says that this leaves a substantial market for others, including 30% of global subscriptions in China where none of the four global players will operate.

Netflix’s dominance of global SVOD is falling, although the company will add 79 million subs between 2018 and 2024 to take its total to 219 million, according to the outfit’s SVOD Forecast Update Report.

Simon Murray, principal analyst at Digital TV Research, said: “This comes despite the onslaught from new global players. We have updated our forecasts based on June 2019 reported figures and the slew of announcements from the newer players.”