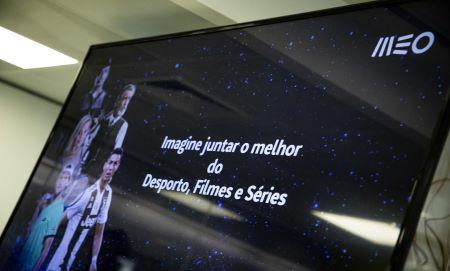 Altice Portugal/Meo has announced detals of a new offering that will bundle sports, movies and series, and has added a set of new advanced TV features to its sports offering.

The new bundle will combine Eleven Sports and Meo Filmes e Séries and is available for a promotional price of €9.99 to existing customers in place of the usual €14.99.

Meo said that the offering would give customers access to exclusive premieres and series, including content from providers including BBC Studios, AXN, AMC, Cinemundo and Cartoon Network, as well as movies across different genres.

Multiview will enable Meo customers to watch content from multiple games at the same time, with the option of watching up to four game sof their choice at any given time.

The timeline feature, which Meo first launched in 2016 for the Euro 2016 football championship, will enable its customers to access a timeline with the most relevant highlights in any game and the ability to choose these for viewing.