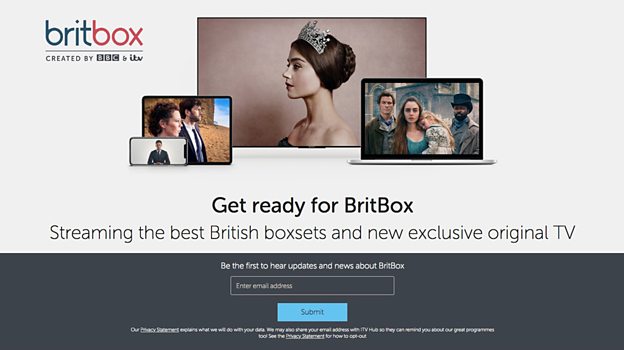 The future of BritBox UK could be in question as the BBC and ITV look to work their way out of a reported deadlock in discussions.

The planned UK service, which is to provide British content alongside new BritBox originals commissioned from UK production companies, has been delayed due to stalled talks between the broadcasters, according to the Financial Times.

Senior sources told the outlet that negotiations have snagged due to different agendas.

It is believed that ITV is more committed to the venture and has put forward around £65m ($82m) until the end of 2020. However, the BBC is understood to be on the back-foot towards the service due to plans to lengthen the domestic window for its catch-up service iPlayer from 30 days to 12 months — a move that ITV could block with media regulator Ofcom if the public broadcaster does not come to the table around BritBox.

An expanded iPlayer window, which is still under review, would make BBC’s buy-in around BritBox slightly less urgent.

The creation of BritBox UK — a spin-off of the original US service, which has been relatively successful in a saturated streaming market Stateside — has been questioned by critics who have puzzled over how the service will sit alongside an elongated iPlayer window.

ITV boss Carolyn McCall explained during a Broadcasting Press Guild event in March that content will simply land on BritBox after the iPlayer window, rather than “going dark”.

“Currently….what happens is [a show] goes up on iPlayer from the last episode and [after 30 days] it goes dark between 12 and 18 months, so no one gets it,” she said.

“Now we’re saying it could live on iPlayer for longer, and then it won’t go dark: it will come to BritBox as the second window. It will go nowhere else – it will go to iPlayer and then BritBox. That period of time when it would have gone dark [but is instead] on BritBox is definitely distinctive and different.”

However, McCall allowed at the time that “a lot has to be done” ahead of launch, which is planned for later this year.

An ITV spokesperson told TBI that it will not comment on ongoing negotiations, but added that “Both ITV and the BBC believe BritBox will become a success.”

The BBC has not yet responded to request for comment.