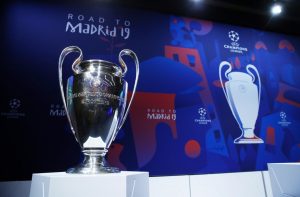 The UEFA Champions League Final will be broadcast for free in the UK.

The event on June 1 will also act as a debut showcase for BT Sport’s HD HDR offering. BT says that all BT Sport subscribers (including EE and Plusnet) will be able to watch the final using HDR resolution. The company also claims that that the event marks the first time that a live sports event will ever be broadcast in HDR to mobile devices.

The final will be available on TV to BT, Sky and Virgin customers, regardless of whether they are subscribed, though the free broadcast will not be available in HDR.

Viewers can also watch the final on mobile in HD HDR and VR360; games consoles and smart TVs in HD HDR; online on BT’s website; and in 4K UHD on YouTube.

The Europa League final (on May 29) and the Champions League final will also be available to non-BT Sport subscribers for free – though not on HDR. It will be shown on the small and large-screen apps, on BTSport.com and on YouTube.

The Champions League Final will be the first of what BT promises to be “up to 70 live events in High Dynamic Range per season”.

Jamie Hindhaugh, chief operating officer, BT Sport said: “BT Sport continues to offer our customers unrivalled choice, with the best content, the smartest devices, and the latest technology, through partnerships with the world’s most innovative companies.

“The launch of HDR maintains BT Sport’s leadership in bringing fans the very best pictures and sound following its debut as Europe’s first 4K broadcaster in 2016 and its worldwide debut of Dolby Atmos sound in 2017.”