The BBC has submitted its plans to make more box-sets and more content available for longer on its iPlayer service to Ofcom following completion of the public interest test ordered by the regulator. 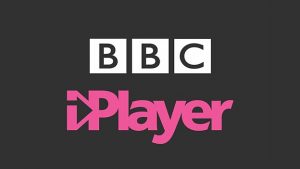 The BBC said that its public interest test had shown that the planned changes, which would see programmes made  available on BBC iPlayer for at least 12 months after they are first shown and selected returning titles available as full box sets of all series, “will create great public value and will not have an adverse impact on fair and effective competition”.

The pubcaster said that the test had shown  that the changes would “simply bring BBC iPlayer into line with the industry standard”.

It said that imposing limits on iPlayer would risk undermining the BBC’s ability to evolve its services in line with changing norms and audience expectations.

To back up its case, the BBC commissioned audience research that showed that 63% of people surveyed felt our changes would deliver better value for the licence fee and that two thirds felt the changes would make BBC iPlayer more appealing to people generally.

Ofcom will now complete a BBC Competition Assessment before making a decision on whether the proposed changes can go ahead.

“Audience expectations have changed dramatically, viewers are now used to being able to watch what they want when they want, and they expect much more from BBC iPlayer,” said BBC content director Charlotte Moore.

“We want to make the best UK programmes available to audiences for longer and provide a range of series and box sets for everyone to enjoy. This will bring the BBC iPlayer in line with what other services already offer and give audiences even greater value for their licence fee. The media landscape is changing rapidly, and global media giants are increasingly dominant. We hope Ofcom can consider these plans quickly and enable us to deliver what UK audiences want and expect.”

Senior BBC figures have over recent months expressed thinly veiled criticism of Ofcom’s insistence on it carrying out a public interest test on its proposed changes to verify if they will have an adverse impact on the market.

BBC chairman Sir David Clementi recently said that the regulator’s approach ran the risk of “tying ourselves up in red tape and regulation at a time when media organisations need to be fast and agile”.

An Ofcom spokesperson said: “We recognise that the BBC needs to innovate and keep pace with viewers’ needs. Under the BBC’s Charter, our role is to check whether these changes might harm popular, competing services like ITV Hub or All 4 – and if so, whether that’s justified by the value to BBC viewers. Now we’ve received the BBC’s own assessment, we are able to work swiftly and expect to conclude our process by August.”