Greater regulatory oversight of subscription video-on-demand and online content services may be necessary in order to create a “level playing field” with domestic broadcasters and media companies, according to digital, culture, media and sport secretary of state Jeremy Wright. 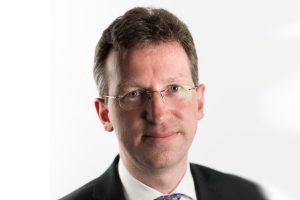 Speaking at the London Media and Technology conference at the end of last week, Wright gave a strong indication that the government would consider regulation of online content providers and platforms in order not to disadvantage heavily regulated domestic players.

“Our regulation of broadcasters is widely appreciated – including by audiences ­– for its robustness and effectiveness, and it sets the framework for much of the cultural and economic benefit that we so value. It provides crucial consumer protections, especially with regard to harmful and inaccurate content, which plays an important role in ensuring trust in our broadcasters,” said Wright.

“But for relatively new on demand platforms, rules are in many areas not as robust. We place high expectations on our public service broadcasters to reflect and represent the full diversity of the UK’s nations and regions, and in doing so creating a product that often appeals across the globe. On-demand platforms undoubtedly have global appeal. But it is worth thinking about how we can encourage them to develop in a way that means the content produced here truly reflects UK audiences.”

Wright said that the absence of this ‘encouragement’ could result in audiences becoming more reliant on content that was “curiously stateless”, quoting a well-publicised comment of television executive Peter Bazalgette.

Wright was keen to emphasise that Netflix was “increasing their UK presence and engagement, which is great news for our creative industries and for viewers” and said that a thriving public service broadcast system and SVOD success were not “mutually exclusive”.

The culture secretary also said that the government would look how online advertising is regulated soon, noting that there “may not be a level playing field” between global online content providers and UK broadcasters, including in the field of potential ad restrictions on high fat salt and sugar products.