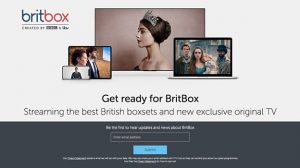 BritBox, the planned UK SVOD JV between the BBC and ITV, is unlikely to be profitable before 2024, unlikely to contribute to ITV’s bottom line until 2023, and carries a risk of cannibalising ITV’s existing core free-to-air business, according to analysts at Berenberg.

According to the investment bank, “the question of positioning the service in relation to the core, or traditional, linear free-to-air business…may be the most complex question that ITV and the BBC have to deal with” in relation to BritBox, with the commercial implications for ITV being much more significant.

The analysts argue that BritBox, if successful, could cannibalise ITV’s linear services in the same way that Netflix and Amazon, the very threat it is designed to counter. If the new service includes original content from ITV that would otherwise air in primetime on its main channel, this could drive subscriptions but eat into advertising revenue for the free-to-air business.

Berenberg also highlights a second risk – that the library content used to populate the subscription service would otherwise be the content that finds its way to ITV2, 3 and 4, as well as removing the revenue stream accruing from the sale of library content to the likes of Netflix. If successful, BritBox may also cannibalise ITV Hub and Hub+ the premium ad-free option of ITV’s existing catch-up and on-demand service.

Despite a “risk of cannibalisation of the traditional business model”, the analysts accept that ITV had little choice but to forge a strategy to take on the streaming threat. Much, the analysts say, will now depend on getting the windowing strategy exactly right.

Berenberg has built its forward-looking model, with caveats, based on assumptions that cost of the service will be £4.99 (€5.80) a month and subscriber acquisition cost will be £35 per sub – much lower than Netflix’s £100 per sub – and that the service will achieve 20% penetration by 2025 based on a programming budget in 2020 of £105 million – just 10% of the budget for the main ITV channel.

The analysts said that these were “very much preliminary assumptions” and noted that estimates could vhange as ITV provides more detal about its plans for the service. However, it said its projections bear out the broadcaster’s stated plans for a net £25 million impact on its bottom line this year, rising to £40 million next year. Berenberg predicts a hit on profit of £29 million for 2021.

The analysts gave ITV a ‘hold’ recommendation, with broadly positive full-year results, boosted by ITV Studios, offset by uncertainty around the impact of the streaming venture.