Michael Jackson’s estate is threatening to sue HBO for US$100 million over its controversial sex abuse documentary about the late singer, Leaving Neverland. 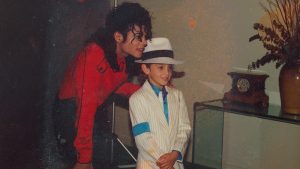 The two-part, four-hour doc, which premiered at the Sundance Film Festival last month, centres on Wade Robson and James Safechuck, who allege that they were molested by the pop singer for years as children.

The Jackson estate, which is represented by lawyers from California’s Kinsella Weitzman Iser Kump & Aldisert LLP and Freedman + Taitelman LLP, have alleged in a lawsuit filed Thursday (21 February) that the AT&T-owned cable channel is in breach of contract around a non-disparagement clause drawn into a 1992 agreement around HBO’s airing of Jackson doc Live in Bucharest: The Dangerous Tour that prevents the channel from disparaging him in future works.

Under those provisions, the estate claims that HBO promised not to take any actions that “may harm or disparage or cause to lower in esteem the reputation or public image of [the] performer.” The contract also required the channel to notify and consult with Jackson and Optimum Productions if it looked to air additional programming about the singer.

The estate has indicated that damages “could exceed $100m should HBO succeed in the damage it is intending to cause to the legacy of Michael Jackson”.

“Michael Jackson can never be silenced,” reads the complaint. “His music and artistry live, as does his innocence. They will long outlast false claims, gossip, and allegations spread by those who seek to make money off him. In the end, this ‘documentary’ will say much more about HBO than it ever could about Michael Jackson.”

It is seeking arbitration as well as an injunction that would prevent the documentary from airing. However, HBO said previously that the film will TX as planned.

Some reviews of the documentary out of Sundance have pointed out that the film is one-sided, with opposing commentary coming largely from archive material from YouTube. Legally, however, director Dan Reed and HBO are not obligated to include a denial from the estate.

The estate notes in its lawsuit that “owing to HBO’s and Reed’s willful blindness, the film neglects to subject the accusations against Jackson to any scrutiny whatsoever.”

In a statement, HBO said: “Despite the desperate lengths taken to undermine the film, our plans remain unchanged. HBO will move forward with the airing of Leaving Neverland, the two-part documentary, on March 3rd and 4th. This will allow everyone the opportunity to assess the film and the claims in it for themselves.”

Channel 4 said in a statement shared with TBI that its “plans remain unchanged”.

“Our viewers are entitled to hear from these two men who Michael Jackson first met when they were children.”