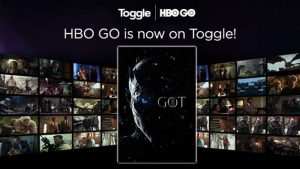 From tomorrow, HBO will be available on the platform, bringing conent including Game of Thrones to Toggle users. Toggle is offering the service for SG$13.98 (€9.11) a month, or an annual package that equates for SG$119.98..

HBO Go will give Toggle users access to all content from its six streaming channels alongside a library of Hollywood ans Asian theatrical mvoies and original US versions of HBO shows.

According to Mediacorp, unlike other app-in-app configurations that compel consumers to exit existing interfaces to activate their secondary apps, HBO Go is fully accessible within the Toggle app for easy navigation.

Jonathan Spink, CEO, HBO Asia said: “We’re excited to be working with Mediacorp and Toggle to expand the reach of our online streaming service, HBO Go, in Singapore. More subscribers in Singapore will now have easy access to stream HBO Asia’s network of six channels and watch Hollywood and Asian movies, as well as award-winning HBO Original content from the US and Asia.”

Tham Loke Kheng, CEO, Mediacorp said: “We’re thrilled to be offering HBO Go on Toggle, our digital entertainment service. With HBO Go, we will be delivering even more compelling content to our consumers on their favourite digital devices. We’re catering to multi-screen consumption habits, minus the need for set-top boxes and manual installation. What’s great as well is that HBO Go is fully accessible within the Toggle app. This allows for easy navigation in a friendly environment that Toggle users are already familiar with.”