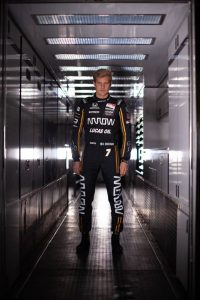 Kim Mikkelsen, NENT Group SVP and head of sport said: “NENT Group’s Nordic leadership in motorsport coverage is constantly accelerating, and IndyCar is a fantastic addition. With two top Swedish drivers gearing up for success in some of the world’s most compelling races – including the legendary Indianapolis 500 – we’re seeing huge IndyCar interest from our customers. The upcoming IndyCar season will be an incredible ride and shows once again that we continue to invest in unique sports experiences for every fan across the Nordic region.”

Stephen Starks, vice-president, IndyCar promoter and media partner relations, said: “We are pleased to reach a deal with NENT Group to showcase the NTT IndyCar Series in the Nordics for the next several seasons. This important relationship will allow race fans to follow IndyCar championship-calibre drivers, including [Swedish drivers] Marcus Ericsson and Felix Rosenqvist as they transition to the US with two of the best teams in the sport.”