Liberty Global is to decentralise its organisation in a series of steps that will reflect its reduced scale post the sale of assets to Vodafone, the first of which sees the departure of Diederik Karsten, the company’s chief commercial officer. 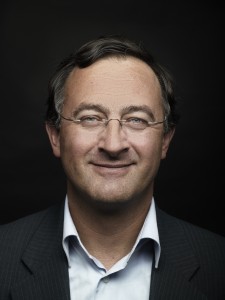 Liberty Global said that the departure of Karsten, who has served with the company since 2004 successively as MD of its Dutch operation, EVP of European broadband operations and finally as commercial chief, follows its decision “to begin simplifying its operating structure” as a result of the ongoing sale of a number of its assets.

Liberty Global is undergoing a significant transformation following the sale of its Austrian business to T-Mobile and the anticipated sale of its German and key central European assets to Vodafone, as well as the recently announced sale of its DTH pay TV operations to M7 Group.

The company said that its broader reorganisation programme would “decrease management layers and increase efficiency across both central and local operations”.

Following the stripping out of the centralised commercial function, Liberty plans to make further changes to its central technology and innovation organisation, which will focus on technology, product strategy and leveraging scale through procurement and common platforms.

DTVE understands that Liberty aims to establish a new smaller consumer centre of excellence reporting to technology and innovation that will focus on consumer insight, customer value propositions and advanced advertising.

The company plans to move its business-to-business team from the old commercial arm to join a new product team within the technology and innovation function.

“I want to thank Diederik for his years of service to Liberty Global. He has been a loyal and valuable member of my senior leadership team and, as chief commercial officer, has helped to ensure that our local operating companies have world class expertise in customer relations and marketing. Our plan is to continue this evolution, bringing key capabilities closer to our customers,” said Mike Fries, CEO, Liberty Global.

“We have incredible talent at all levels of Liberty Global, and these changes will help us create an even more agile, entrepreneurial and customer-focused company. With a track record of building and growing world class businesses and the strategic and financial capability to allocate capital in a rapidly changing landscape, I’m extremely excited about what lies ahead.”

The changes will inevitably fuel ongoing speculation about Liberty’s plans for its remaining assets, with attention this year likely to focus on its Swiss operation and a possible combination with local player Sunrise.

Liberty’s Vodafone deal, together with the sale of other assets, will leave it with Virgin Media, by far its largest operation, its Dutch JV with Vodafone, which it could exit in the not-too-distant future, Belgian operator Telenet, in which it holds a majority stake, and UPC Poland.