WarnerMedia’s “treasure trove” or quality content will give the company a key point of differentiation to competitors as it prepares for its direct-to-consumer launch later this year, according to AT&T chief financial officer John Stephens. 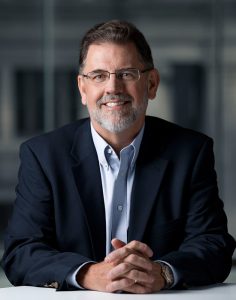 Speaking at the Citi 2019 Global TMT West Conference this week, Stephens also said that AT&T, which acquired WarnerMedia last year, will offer a range of tiered programming packages online as it transitions towards an IP video strategy.

Stephens said that WarnerMedia is “in a different spot than people that they are trying to compete with” because of their investment “high quality content” over many years. He said that this placed the company at an advantage to “others that don’t have that history, library and inventory of the highest quality”.

Stephens said that AT&T would “make measured, thoughtful decisions” about the merits of retaining exclusive rights to content for its own services. He said that “the ability to take advantage and utilise [WarnerMedia’s] treasure trove of IP is really important” for AT&T. However, he said, the telco will continue to lean on WarnerMedia’s existing management under John Stankey to run the business “as a standalone”.

Of AT&T’s pay TV units, Stephens said that the company would deliver a full satellite-equivalent package as a streaming offering in addition to a “streamlined” OTT TV offering that is “much more directed to the content people want to watch” at a “lower price for customers, but a sustainable product offering that can be supported”.

He said that in addition to the full package and streamlined offering, AT&T would provide a “really skinny package…that will be much less expensive” embodied in WatchTV, the wireless-focused low-cost app with 30 live channels that it launched last year. He said that AT&T would continue to develop WatchTV, leaning on WarnerMedia content to give it an appeal to a wider audience segment.