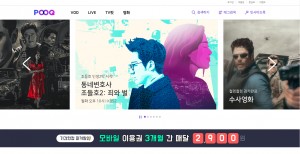 Korean telecom operator SK Telecom has teamed with three of the country’s leading broadcasters to launch a join t OTT TV service that will enable them to better compete with the likes of Netflix.

SK Telecom and broadcasters KBS, MBC and SBS have signed a memorandum of understanding that will see them combine their existing OTT TV offerings Oksusu and Pooq to launch a new service by the end of the first half of this year under the aegis of a joint venture.

According to local reports, SK Telecom president and CEO Park Jung-ho is seeking 200 billion in investment for the new venture.

The joint venture will give the broadcasters access to SK Telecom’s financial strength as well as its network. The new venture is expected to place an emphasis on investing in original content. While Okusu and Pooq have a larger user base than Netflix, the latter has been growing more rapidly on the strength of its investment in original series.

The partners also plan to expand the availability of the new service to other markets in South-East Asia where Korean content is popular.

Oksusu and Pooq together have around 13 million registered users, although the number of active users is reported to be significantly lower.

Late last year Netflix struck an agreement with local telco LG U+ that saw it launch on the latter’s set-top boxes – a first for Netflix’s presence in the Korean market.