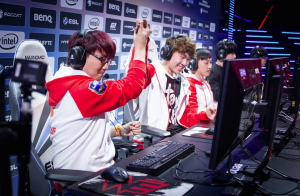 The deal will see TV 2 provide more than 700 hours of eSports content to TV viewers in Denmark throughout 2019 – including Counter-Strike: Global Offensive (CS:GO) tournaments organised by ESL and DreamHack.

TV 2 ZULU and on-demand platform TV 2 PLAY will broadcast live CS:GO tournaments, including the IEM Katowice event, which will take place in Poland from February 28 to March 3, 2019.

“eSports has the potential to become for TV 2 ZULU what Tour de France has been for TV 2 – a premium on air event that audiences love and anticipate,” said Frederik Lauesen, head of sport at TV 2.

“Just as with live sports, TV 2 will cover eSports tournaments according to the highest standards and will provide a closer look behind the scenes at these huge international events.”

MTG’s head of product development and incubation, and co-CEO of Dreamhack, Peter Nørrelund, said: “The quality of eSports content continues to increase, and both ESL and DreamHack produce high-standard coverage with expert commentary and insights into teams, players and their skillful gameplay.

“Live esports mega-events are unforgettable spectacles, and now Danish fans can to enjoy the show on a big screen and on the go.”