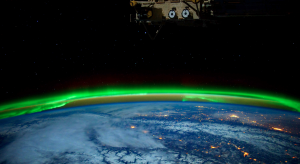 Roku users with a 4K-capable streaming player or Roku TV can download the channel from the Roku channel store. The new UHD HDR channel is delivered over the top as an app utilising a cloud-based end-to-end video streaming solution from Harmonic, Accedo, and CenturyLink. As the world’s first 24/7 UHD HDR video streaming service, the channel will provide viewers with access to VOD and linear content.

Harmonic is providing its VOS 360 Video SaaS, while Accedo is supplying its Accedo One video experience platform for the service. CenturyLink’s global CDN is enabling Harmonic to deliver UHD HDR 60fps directly to end users in real time.

“From day one, our goal in partnering with Harmonic has been to collaborate on advancing technologies through which NASA can make its compelling footage of space, Earth, and the other planets available for OTT streaming,” said Bryan Walls, deputy program manager of the NASA Imagery Experts Program at NASA.

“Using NASA footage, Harmonic is able to deliver a selection of stunning NASA imagery directly to millions of viewers in beautiful UHD with the clarity and depth of HDR. For many, it will be the first UHD HDR content they’ll experience in their homes; we’re excited to work with Harmonic to make this beautiful and educational video content available to more of the people NASA serves.”

Harmonic will showcase the channel at IBC, alongside other developments such as the launch of dynamic ad insertion (DAI) capabilities and will provide a sneak peek of disruptive disaster recovery scenarios enabled by its VOS 360 Video software-as-a-service (SaaS) as part of its continued commitment to SaaS innovation..

VOS360 Video SaaS now enables operators to deliver advanced targeted advertisements and replace content during blackouts. Content is replaced during blackouts based on end-user location and device, using the SCTE-224 standard. This new Harmonic technology has already been successfully deployed by a major broadcaster in the US for the insertion of station data for OTT rights management, blackouts and local ad insertion.

In addition, Harmonic will preview how broadcasters, content owners and service providers can support disaster recovery scenarios with VOS360 Video SaaS by leveraging the public cloud.

“VOS360 Video SaaS brings agility to our operations, making it possible to launch new channels in a matter of hours. Channel expansion is ongoing at Telkomsel, and we know that Harmonic’s solution will continue to play a key role in helping us meet the growing demand for more video on every screen. Moreover, we now have live matches from the world’s top leagues; we’re hoping to continue with the success we achieved at the soccer tournament in Russia.”

Harmonic is exhibiting at IBC on stand 1.B20.