Crimp: “another record year” for IBC 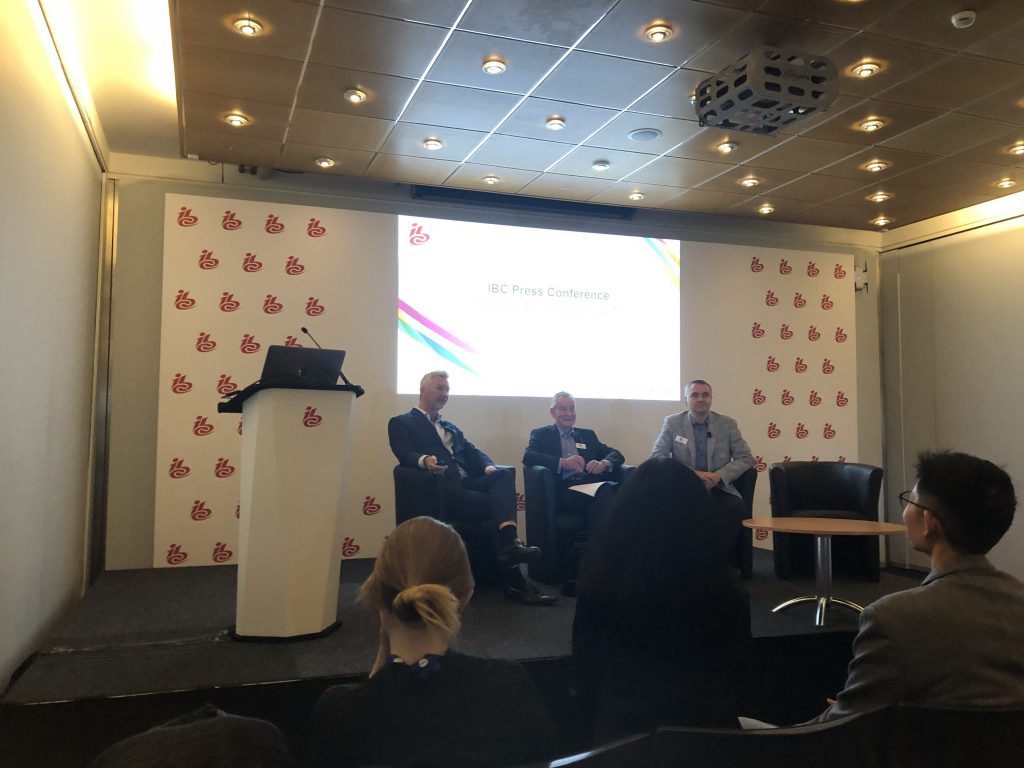 Speaking at its 2019 press conference, Crimp said that IBC “is owned by the industry we serve” and that the event continues to grow.

Celebrating its 52nd outing, the event has served as the launch pad for approximately 150 product debuts along with the launch of a major TV show (Insight TV’s football reality show Streetkings in Jail).

IBC exhibition committee chair Roger Thornton dove deeper into the numbers, adding that there are over 1,700 exhibitors spread across 15 exhibition halls at the show, with more than 200 new for 2019.

“The ways people exhibit at IBC reflect the changes in the industry,” he said, adding that “this is a much broader event – it is no longer just the international broadcast conference” where exhibitors simply “are there to sell the latest black box”.

Crimp went on to highlight the developments and evolutions of the show, speaking about the increased prominence of newer technologies such as 8K and 5G. He did however refer to the 2019 show as “something of a transition”, with a lack of 5G coverage meaning that some exhibitors have been unable to showcase many advanced solutions.

Lastly, the CEO addressed sustainability at IBC, saying that the organisation has gone to great lengths in order to reduce waste and specifically cited a move away from plastic attendee passes to paper ones. He also added that the event has a donation room for exhibitors to give away unwanted items to passed onto a series of good causes across the Netherlands.