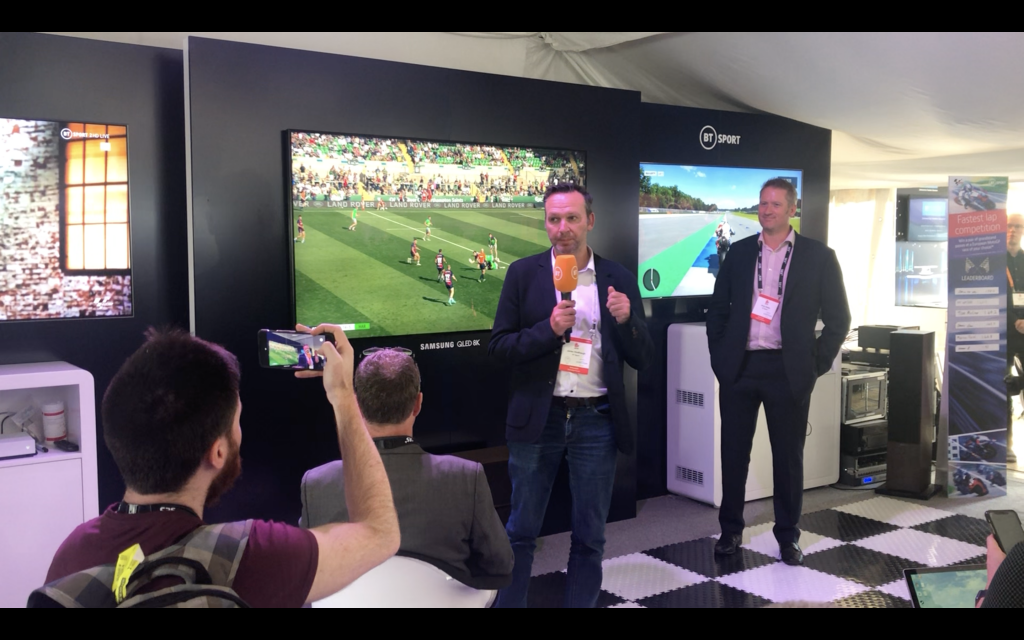 Showing a match from the first day of the Rugby Sevens, COO Jamie Hindhaugh said that while the company is serious about 8K, this “doesn’t mean we’re launching 8K tomorrow”. Instead, he said that any technology is about “enhancing the capture of the coverage” in order to improve the company’s Ultimate proposition.

BT Sport Ultimate is the broadcaster’s top-of-the-line channel that broadcasts in UHD, HDR and with Dolby Atmos sound.

Speaking to Digital TV Europe, Hindhaugh said: “As the kit rolls out, we’ll begin to look to the benefit of 8K cameras to enhance our 4K output. Then there’ll come a stage where either the delivery mechanism becomes lighter or that there are 8K TVs out there and people start to want it.”

But the COO was keen to stress that “under our Ultimate brand we’re no longer talking about formats”. He continued: “What we’ll be able to do is roll out 8K that serves 8K platforms without talking about 8K. That’s what we’re trying to do; many people don’t understand the difference between 4K and 8K and why should they?”

“If you look at something like 360 in terms of just numbers that’s wrong. You’ve got to look at it as a brand, and the opportunities that are going to arise out of it.”