Sky: broadcast and IP will continue to coexist

The level of connectivity has changed dramatically over the last few years, allowing multiple IP video services to be used concurrently, but pay TV operators such as Sky are likely to continue to use broadcast platforms to deliver content to their subscribers for some years to come, according to Sky chief product officer Fraser Stirling. 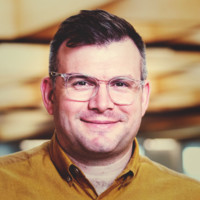 Speaking at a press event organised by Synamedia at IBC, Stirling indicated that migration to IP video would not happen overnight. He said that broadcast technology continued to offer advantages and consumers were primarily interested in something that delivered all the video they want to watch from whatever source.

Stirling said that, over the last five years, service that provide video over IP have become the norm.

However, he said, while broadcasters including Sky were placing an increasing emphasis on IP and OTT-based services, this did not mean that they would abandon broadcast and satellite technology.

“It is never black or white,” said Stirling, adding that while it is now possible to spin up services quickly over IP, OTT also carries with it a continuing element of unpredictability.

Stirling said that “velocity” in launching new services was becoming less important than “agility”, while Sky’s USP continued to be about “making things simple” for the user, no matter how the video was delivered.,

Also speaking at the Synamedia event, Israel Esteban, executive director of technology at BeIN Media Group, said that the pirate service BeoutQ, which has specifically targeted the Qatar-based group’s media rights, represented “a level of content theft never before seen worldwide”, He said the pirate outfit was different from other illicit distributors of content because of its sophistication, resources and the fact that it used satellite distribution to reach users.