GfK MRI: ‘Vast majority’ of US viewers not ready to cut the cord

The “vast majority of US consumers” are still not ready to give up on pay TV, despite an increase in cord cutting and cord shaving, according to GfK MRI. 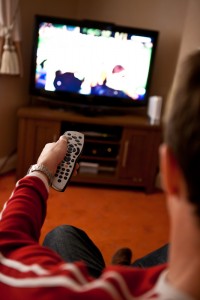 The research firm’s New Cord Evolution study claims that 71% of all US consumers have cable, satellite, or telco TV services and say they have no plans to drop it. However, this is down from 77% of US adults in 2015.

At the same time, a large number of pay TV subscribers were found to be adding to their cord services rather than replacing them, with 55% of ‘pay TV loyalists’ stacking other services – such as subscription streaming video – on top of cable or satellite access.

“The fact is that pay TV services still account for most of the TV watching that happens in the US,” said Amy Hunt, vice-president of TVideo media sales at MRI.

“Many of their subscribers simply cannot imagine a new way of doing things. But as younger generations more comfortable with streaming technologies set up households, cable and satellite companies need to find ways to remain attractive and relevant.”

These findings come from MRI’s Cord Evolution research and are based on 24,000 in-person, in-home interviews in MRI’s Survey of the American Consumer that are designed to track levels of “cord disruption”.