Kinnevik CFO quits MTG board ahead of shares distribution

Kinnevik chief financial officer Joakim Andersson has resigned from Modern Times Group’s board of directors following Kinnevik’s decision to distribute all of its shares in the media group to its shareholders. 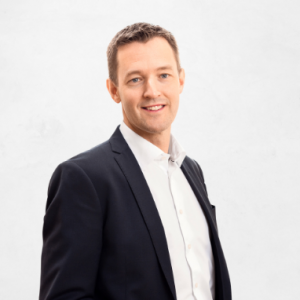 Andersson was appointed to the MTG Board of Directors in 2015. He was also a member of MTG’s audit committee and chairman of MTG’s remuneration committee.

MTG board director Natalie Tydeman has been appointed as the new chairman of the remuneration committee. MTG’s Board of Directors will now comprise six members.

Kinnevik, which with 47.6% of the votes and 20% of the shares, is MTG’s largest shareholder, announced last month that it was planning to distribute all its shares in the group, with the proposal to be put to an extraordinary general meeting of shareholders in the third quarter.

Kinnevik participated in the European Commission’s merger control procedure to identify measures that would enable merger clearance. By distributing all of Kinnevik’s shares in MTG, Kinnevik said it would both ensure clearance of the merger of Tele2 and Com Hem, and deliver an extraordinary dividend to Kinnevik’s shareholders totallikng SEK4.9 billion (€483 million) based on the MTG class B share price as at June 13.

The distribution also gives Kinnevik’s shareholders the opportunity to become direct shareholders in MTG and Nordic Entertainment Group following the split of MTG into two parts that is expected to be completed during the second half of 2018.

“Joakim has made an invaluable contribution to the work of the Board over the past three years and has led or been a member of several of the Board’s committees during that time. He has also played a key part in setting MTG’s successful strategic transformation path. We thank him and wish him the very best for the future,” said David Chance, chairman of MTG.

“I would also like to thank Kinnevik, as our founder and then largest shareholder, for all of their support and inspiration over the last thirty years. It has been a very special and valuable relationship. Kinnevik has been a vital and close partner that has challenged us to disrupt the Nordic and then international media markets and enabled us to build a unique global entertainment business. We will miss the Kinnevik founding family members, Board Directors and executives with whom we have enjoyed so many historic moments and groundbreaking initiatives, but we look forward to welcoming Kinnevik’s shareholders as new direct owners in MTG and to continuing MTG’s journey together.”