ProSiebenSat.1 chief operating officer Christof Wahl is to leave the group “by mutual consent” at the end of July. 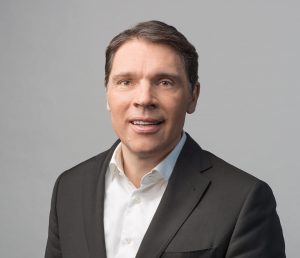 Wahl was instrumental in developing the German broadcast group’s digital business and more recently was responsible for the entertainment part of the group’s online video business, along with advertising technology and data, the distribution of entertainment content and partnerships within the framework of the European Media Alliance.

Responsibility for the digital entertainment business will now be integrated within the single ‘entertainment pillar’ created by the group at the end of last year as part of an overall reorganisation of its activities.

Wahl’s departure follows that of CEO Thomas Ebling last week. Ebling was replaced by former Dyson CEO Max Conze in a move that was announced in February.

“I thank Christof Wahl on behalf of the whole Supervisory Board for the excellent development and expansion of areas that are relevant for ProSiebenSat.1 Group’s digital future,” said Werner Brandt, supervisory board chairman of ProSiebenSat.1.

“Under his leadership, essential strategic decisions have been made as the start of an own AdTech stack, the launch of the leading German data alliance NetID as well as the strengthening of Studio71’s position as one of the leading global companies in the video segment. I wish Christof Wahl the best of luck and every success in his future endeavors.”

Conrad Albert, deputy CEO of ProSiebenSat.1 Media SE, said: “Christof Wahl has built up the video joint venture 7TV that we, together with Discovery, want to establish and strongly grow to a successful entertainment streaming offering. Christof Wahl has thus participated in shaping important corner stones for our Company’s future.“