MBC to up its focus on Saudi Arabia and neighbouring markets 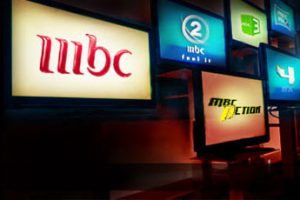 The Middle East and North Africa-focused media company said the move is in line with “current transformational positive changes” in Saudi Arabia – including premium content production.

Other positive factors cited by MBC included media, entertainment and information and communications technology developments in this region.

The decision follows a strategy meeting held in the presence of more than 100 top executives at MBC Group’s headquarters at Dubai Media City, chaired by MBC Group chairman, Waleed Al-Ibrahim.

Al-Ibrahim used the meeting to highlight that expansion and in-market opportunities, especially in Saudi Arabia, will broaden MBC’s horizons and create more opportunities across the entire group.

“With leadership, excellence, determination and cultural relevance, there is no limit to our ambitions,” said Al-Ibrahim. “We look ahead for greater achievements, as we confidently expand our plans.”

MBC Group was established in 1991 with the launch of MBC1, the first private free-to-air Arab satellite TV channel.

The company moved its headquarters from London to Dubai in 2002 and now offers 18 channels across the MENA region. It also runs a number of online platforms, including MBC.net, Alarabiya.net and VOD and catch-up service Shahid.net.