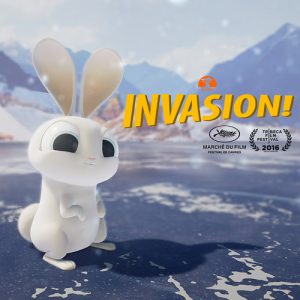 On a panel titled ‘True VR: gearing up for an interactive watching experience’, VR industry insiders addressed a range of issues surrounding this new medium, including the hype cycle around virtual reality and the potential business models that underpin it.

“I think we’re the victims of our own modern media,” he said. “If you remember back when radio launched and when television first launched, it was literally a few hours of content per day. So you had to tune in during specific hours.

“It [VR] is a brand new video platform that’s launching and we have to wait for that body of content to be developed, so it really is as much of a headset adoption problem as it is a content [problem].”

Speaking on the same panel, Alina Mikhaleva, co-founder and managing partner at Spherica VR Studio, said: “We need to kill the hype a little bit and to understand that VR is a completely new medium. It’s not going to happen overnight”.

Mikhaleva argued that the nascent industry needs to create “way more” high quality content, contrasting the current state of the VR market to a service like Netflix, which adds quality films and series on a weekly basis.

“Maybe you have a big [VR] announcement once a month, but how can we expect our audience to go there daily if there’s nothing to watch,” asked Mikhaleva.

Christina Engebak, CEO of Europe for The Dream VR – a producer and distributer of VR and 360º content via the Dream VR app – said that while there is a lot of opportunity, the key is to get big brands on board. This is something she claimed The Dream is already doing in sports, music and entertainment.

Turing to the topic of business models, Mikhaleva said that Spherica is working as a studio for clients in order to finance its own original VR content, which it plans to monetise directly with its audience.

Flesher said that Baobab is currently giving away its content for free because the drop-off in viewership that would result from charging for it at this stage makes it not worth it.

“We’re building our brand and building our viewership,” he said, citing location-based entertainment as a possible “bridge” for revenues. “Eventually we do think that it will be similar to video-on-demand – so advertising supported, subscription supported, pay-per download or pay-per view. Those types of models.”

Asked for what advice she would give to others entering the VR space, Mikhaleva suggested: “Forget everything that you know and come with an open mind, because you really need to learn from scratch and learn the new language of this new medium.”