The BBC has launched a social mobile app for children aged under 13 in a bid to reinvent kid’s content for a new generation of viewers. 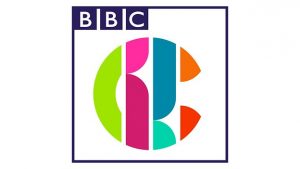 CBBC Buzz lets users swipe through a feed of ultra-short videos, GIFs, quizzes and memes based on CBBC shows and topics. Children can also interact by taking part in challenges, with permission from a parent.

The BBC said that a total of 40 new pieces of content will appear on the app each day, with content appearing in two releases before and after school.

Similar to established social networks, kids will be able to curate their own feed by choosing which CBBC brands and topics they want to follow. Whenever they see the community icon, they can click to see what other users have posted in response to a challenge.

Children can react to any piece of content using emojis, though the BBC said there will be no ‘thumbs down’ icons or ways to send negative comments or messages in order to establish a safe environment.

The app will also feature content from BBC Own It, a website the BBC launched in December to help children tackle challenges they face online – such as online privacy, malware and cyber-bullying.

“CBBC Buzz shows how we’re reinventing children’s content for a new generation,” said Alice Webb, director of BBC Children’s. “We’re bringing our audiences together like we’ve always done, from the Broom Cupboard to challenges on Blue Peter, but for the digital age.”

“We’re equipping them with the modern versions of a loo roll and a paint brush and encouraging them all to get creative. And we’re doing it in a safe space that children and parents can have total confidence in.”

The app is free to download and available on Amazon Fire, Android and iOS and devices. It was developed by BBC Childrens and interactive entertainment company, Chunk.