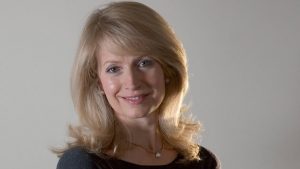 Bright, who is due to take up the role in the summer, will be responsible for developing a “closer, more personal relationship” with BBC viewers and people signing into BBC services.

The hire comes as the BBC steps up its personalisation efforts. BBC director general Tony Hall said that more than 12 million people have now signed in to use the iPlayer and the appointment of Bright will help the corporation be “even more ambitious”.

“Across the BBC we’re working hard to reinvent the organisation for a new generation,” said Hall. “Making sure the BBC of the future is uniquely tailored to everyone, and available when and where audiences want it, will be critical to our success.”

Bright will report to the BBC’s deputy director general, Anne Bulford, while the BBC’s existing marketing and audiences team and licence fee unit will report to Bright. She will also sit on the BBC executive committee.

Bulford said: “This appointment will allow us to better understand and engage with our audiences across all our platforms. Kerris brings a wealth of experience to this role as we look to build on the progress we’ve made towards a more personalised BBC.”

Bright said that she joins the BBC at a time when competition for audience attention has “never been more challenging and multi-dimension.”

“The opportunity to play a role in creating the next chapter of the BBC’s story was irresistible,” she said. “In pursuing this goal, I have one very simple governing idea: putting the customer at the heart of what we do will be central to the BBC’s long-term vitality and success.”

New personalisation features were rolled out to the BBC’s iPlayer catch-up service during 2017, including the ability for viewers to pick up a programme where they left off across multiple devices, and personalised recommendations based on viewing habits. This came as the BBC made it a requirement for users to sign-in to the iPlayer to watch shows.

The BBC said last month that iPlayer viewers streamed 272 million programmes per month on average in 2017, with total requests for the year growing to 3.3 billion – an 11% increase on 2016.