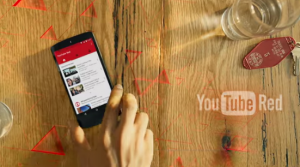 Through the deal, YouTube and Google will be able to connect music videos to artist pictures and songs, offering what TiVo described as a “more immersive entertainment experience”.

“In addition to the incredible range of our collection, TiVo Music Metadata has a unique ability to go beyond traditional tracking, linking musical library content with other relevant artist or album info, which provides a wider span of context for the listener,” said Roz Ho, senior vice president and general manager, consumer and metadata, TiVo.

“The dynamic features of our metadata made it the ideal fit for Google’s musical platforms, allowing them to create stronger entertainment experiences.”

The news comes weeks after YouTube CEO Susan Wojcicki said that YouTube Red is due to be rolled out to around 100 countries this year.