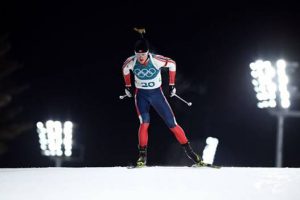 Discovery has hailed strong viewing figures on linear and digital paltforms for its coverage of the opening weekend of the Olympic Winter Games in PyeongChang, measured under using its new ‘total video’ metric spanning all platforms.

Discovery said that 373 million hours of coverage were watched across Europe, with an average free-to-air and pay TV audience of 186 million, plus an additional 26 Million users through digital and social platforms.

The company recorded a total of 1.1 million social media engagements on its platforms.

The games’ opening ceremony was watched by close to 88 million across free-to-air, pay TV, online and social platforms, according to the company.

“From the beginning, Discovery set an ambitious vision to bring the Olympic Games to more people across more screens in Europe than ever before. This new approach required a new way of capturing a more accurate picture of fan engagement and we are excited to announce our first set of Total Video – the new ‘TV’ – metrics,” said Jean-Briac Perrette, president and CEO, Discovery Networks International.

“The first weekend of PyeongChang 2018 has been incredibly exciting and fans across Europe have been engaged in every minute, from the beautiful Opening Ceremony to the riveting first two days of competition. As the medal table starts to fill up, we are keeping count of the levels of engagement through our own services and those of our partners. We are very encouraged by the early results and are finding great value in this new and more comprehensive way to capture Total Video consumption and engagement.”