Chinese investment fund Orient Hontai Capital is close to finalising the purchase of a majority stake in Spanish broadcaster and production outfit Mediapro, according to local press. 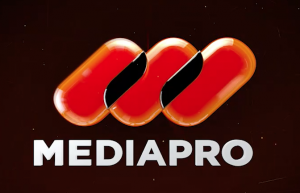 Orient expects to finalise the acquisition of stakes held by Torreal, Televisa and Gerad Romy to take a 53.5% stake in Mediapro, which holds the rights to La Liga and Champions League football in Spain and recently acquired the rights to Serie A football in Italy.

Co-founders Jaume Roures and Tatxo Benet will retain their 12% stake in the Barcelona-based company and will continue to lead its management.

News of Mediapro’s deal with Orient first emerged last year, but the agreement has yet to be completed. According to financial daily Expansión, citing unnamed sources, the estimated value of deal is about €900 million.

Mediapro is likely to post revenues of about €1.6 billion this year.

Separately, Spanish competition watchdog the CNMC has approved the dropping of moves to sanction Mediapro for abuse of its position in premium football rights after a compromise deal was reached.

The CNMC had moved against Mediapro over possible abuse of a dominant position in commercializing premium pay TV channels. This followed a complaint brought by the owners of OTT sports platform Opensport, claiming that Mediapro was abusing its dominant position in the premium pay TV sector thanks to its control of Champions League and La Liga rights, aired on the BeIN Sports and BeIN La Liga channels.

The dropping of the case is conditional on Mediapro making its pay TV services available to OTT TV players including Opensport on fair and non-discriminatory terms, equivalent to those already enjoyed by traditional pay TV operators including Telefónica and which take into account the scale of operations of new OTT players.