HBO Adria, a subsidiary of HBO Europe focused on the Central and Eastern European (CEE) region, has greenlit its first drama, which comes from Macedonian screenwriter Marjan Alčevski.

The series, titled Success (Uspjeh), has been in development since 2016, when HBO Europe unveiled plans to produce a range of originals from the Adria region.

Success is created and written by Alčevski and was originally selected as one of the winning projects at HBO Adria’s First Draft contest to find new writing talent from the region. The contest took place at the Sarajevo Film Festival in 2016.

The six-part drama follows the intertwining stories of four strangers who are bound together irrevocably by a violent event.

Billed as “a bitter ode” to the Croatian city of Zagreb, Success dissects the layers of a modern urban society, exploring themes of frustration, alienation and the longing to be released from the trappings of everyday life. 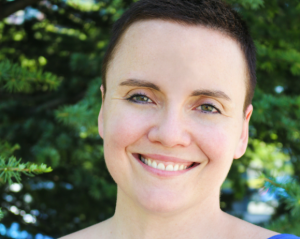 It will be directed by Bosnian-Herzegovinian director, screenwriter and producer Danis Tanović. The screenwriter’s 2001 debut feature No Man’s Land won an Oscar and Golden Globe for Best Foreign Film. This will be his first TV project.

HBO producers working on the project will be Ana Balentovic (pictured), for Adria, and Johnathan Young, for Europe. The series will also be produced by Zagreb-based production company Drugi Plan, which is behind Croatian drama The Paper.

Anthony Root, executive vice president of programming and production at HBO Europe, said: “Success is a beautifully-written drama that scratches beneath the surface of contemporary urban life, with a gripping story that unravels layer by layer.

“We’re thrilled to have uncovered a brilliant young writer in Marjan, and to be welcoming Danis to HBO Europe for his first television series – and to our first original drama from the Adria region.”

Balentovic was hired last August to identify and develop local talent across the territory.