Facebook has admitted that recent updates to prioritise personal interactions over posts from businesses, brands and media caused the time spent on the service to drop 5% in Q4. 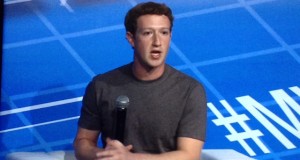 “We don’t normally share time metrics because they’re not the best way of understanding engagement,” said Zuckerberg. “But this shows how committed we are to making sure the time you spend on Facebook is valuable.”

He said that by focusing on “meaningful interactions” Facebook will offer more value so that its community and business will be stronger over the long term.

“Over the next three years, we know video will continue to grow, so our job is to build video experiences that help people connect with family, friends, and groups,” said Zuckerberg.

“That’s why I’m excited about Watch as a place to connect with people who have similar interests, and it’s why we launched products like Watch Party where friends can watch a show together.”

Zuckerberg said that the ‘News Feed video ecosystem’ and the ‘Watch video ecosystem’ are “almost completely separate things”, with Facebook Watch designed to be destination where users go to view specific videos and interact with a community around that content.