Facebook is changing its news feed to focus more on “personal connections” in a move that will de-prioritise posts from businesses, brands and media. 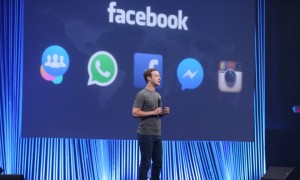 Announcing the decision in a post on the social network, Facebook CEO Mark Zuckerberg said that Facebook has always put friends and family at the core of the experience, but that user feedback indicated public posts from companies are “crowding out the personal moments”.

As a result he said Facebook is making a “major change” in how the site is built, shifting its product teams’ goal from helping users find relevant content to helping them have more meaningful social interactions.

“It’s easy to understand how we got here. Video and other public content have exploded on Facebook in the past couple of years,” said Zuckerberg.

“Since there’s more public content than posts from your friends and family, the balance of what’s in News Feed has shifted away from the most important thing Facebook can do – help us connect with each other.”

Public posts that do make it through to a user’s feed will be prioritised based on whether they are likely to spark conversations and “meaningful social interactions”.

“We’ve seen people interact way more around live videos than regular ones. Some news helps start conversations on important issues,” said Zuckerberg. “But too often today, watching video, reading news or getting a page update is just a passive experience.”

Facebook said in a blog post to accompany Zuckerberg’s announcement that live videos on average get six times as many interactions as regular videos on the social network, and that many creators and celebrities who post videos to the site prompt discussion among their followers.

However, it warned that using ‘engagement bait’ to goad people into commenting does not count as a meaningful interaction and this content will be demoted.

It explicitly warned that Facebook pages may see their reach, video watch time and referral traffic decrease, with pages that produce posts which people don’t generally react to or comment on due to see the biggest decreases in distribution.

“Now, I want to be clear: by making these changes, I expect the time people spend on Facebook and some measures of engagement will go down,” said Zuckerberg.

“But I also expect the time you do spend on Facebook will be more valuable. And if we do the right thing, I believe that will be good for our community and our business over the long term too.”

The news comes after Zuckerberg said on Facebook’s Q3 2017 earnings call in November that while video growth will be its biggest product trend in the next three years, its goal is to foster communities around content rather than encourage passive consumption.

In the US Facebook launched its Watch video platform last August. This is focused on episodic content where users can discover shows, follow creators and connect with other people who are watching an episode of a programme.

Zuckerberg said last year that Facebook’s aggressive investment in video for this service was focused on ‘lighthouse content’ that is “centred around things that people want to talk and connect around, that give people sense of pride and bring people together.”