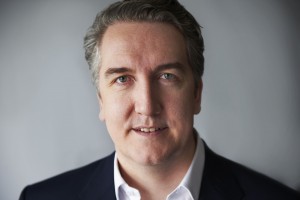 Ellis, who is also a former managing director of digital at newspaper group Trinity Mirror in the UK, is considered a media industry veteran, and joins alongside new programme sales manager Campbell.

The latter has worked in programmes sales for more than 15 years for companies such as BBCWW, the BBC’s commercial arm, and Australian public broadcaster the ABC.

The hire marks VIMN’s return to programmes distribution in Australia.

Campbell will oversee all third-party deals in Australia and New Zealand, reporting to Ellis and Lauren Marriott, VIMN’s VP of international programme sales.

Ellis has worked in media and digital products for more than two decades, and was most recently a partner in digital innovation consultancy Blue Road Group, where he worked on projects for Bauer Media and the ABC.

Further back, he was general manager of international for games firm IGN, senior VP of commercial in EMEA for social media site Myspace and SVP of business affairs and development at digital firm AOL.

“Viacom’s brands have been part of the Australian and New Zealand media landscape for well over twenty years,” said Ben Richardson, SVP of GM at VIMN Australia and New Zealand.

“We’re committed to ensuring our content is available everywhere consumers want it, and Chris and Robyn are bound to keep our titles front of mind with our partners.”