Netflix has added Eutelsat CEO Rodolphe Belmer to its board, in a move it said would expand the breadth of the company’s global and entertainment experience. 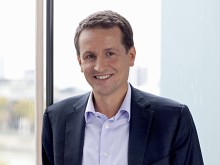 Belmer has been chief executive of satellite operator Eutelsat since March 2016, prior to which he spent many years at Canal+ Group – joining in 2001 and becoming head of marketing and strategy a year later.

From 2006 he was as head of Canal+ Group’s pay TV channels and in 2011 he led the company’s diversification into free-to-air television. In 2012 he was upped to CEO, a role he held until he left the company in December 2015.

Belmer began his career in the marketing department of Procter and Gamble France before joining McKinsey in 1998.

“We look forward to benefiting from Rodolphe’s wisdom, experience and global perspective as we continue to grow Netflix all over the world,” said Reed Hastings, Netflix co-founder and chief executive.

The appointment brings the total number of directors on the Netflix board to ten. Belmer takes up his post alongside board members like: former Disney/ABC Television Group president Anne Sweeney; Microsoft president and chief legal officer Brad Smith; and general partner of technology at Crossover Ventures, Jay Hoag.

The news came as Netflix reported strong fourth quarter results, claiming its highest ever quarter for new sign ups after a year of strong year of growth.

In Netflix’s quarterly letter to shareholders it said: “A large and growing percentage of our members are European, and we are fortunate to have a leader like Rodolphe join our board.”