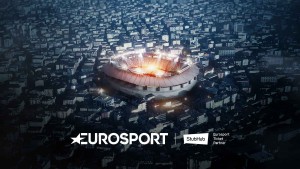 The deal means that fans visiting Eurosport.com will be able to directly purchase tickets to some of the world’s biggest sport and entertainment events via StubHub.

Eurosport will offer a tailored ticket offering for visitors to Eurosport’s websites in Spain, France, Germany, Italy and the United Kingdom.

Site users will be able to buy tickets for La Liga, Serie A and Champions League football matches, tennis tournaments such as Wimbledon and the ATP Tour Finals, and rugby events including the Six Nations Championship.

“This is a great partnership for the millions of fans that visit Eurosport websites across Europe,” said Eurosport CEO Peter Hutton. “Through StubHub, we can now offer supporters the opportunity to not only watch and read about their favourite sports, teams and players, but see them perform in person.”

Ander Michelena, general manager of international for StubHub, said: “A ticket is sold every second on StubHub, a platform that seeks with this agreement to establish itself as the leading platform for European sporting fans. It is a pleasure to be able to partner with a company of the prestige of Eurosport.”