US series with a 1.0 or higher rating deliver twice the return on investment (ROI) than those that rate 0.4 or below, a study from The Walt Disney Company shows. 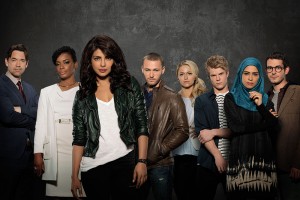 While it is no surprise that better ratings equals more revenue, Disney-ABC Television Group claims its report is among the only studies that have quantified ROI.

Disney noted that while costs increased with ratings, sales were likely to increase even faster, meaning the value chain far outweighs the higher potential spend.

The Power of Content to Drive ROI study, from Accenture Strategy, showed programmes that viewers had made an effort or showed greater intention to watch also drover ROI up two times, as did shows with high social media engagement.

Shows that viewers perceived to be quality and those that created an emotional connection delivered between two and four times ROI.

In terms of consumer perceptions, shows that were seen to have a high degree of relatability, edge and/or smarts were credited with driving the highest ROI – between 2.5 and four times the average amount.

“Our study results have significant implications for marketers and programmers alike,” Chapman said. “These findings could influence marketers’ investments in content-specific advertising opportunities and programmers’ pricing approaches in the future.

“Emotional connection to content matters more than ever, and brands should consider ways to align with content to drive the greatest ROI.”

The report was based on data from the Accenture Marketing Analytics Platform (AMAP), which is a proprietary database of more than US$25 billion in anonymised marketing spend between 2013 and 2016.

The AMAP data was then analysed against other data sources such as Nielsen ratings, ePoll, Nielsen Social and Magid’s Emotional DNA product.

The study is the second phase of a long-term project Disney commissioned from Accenture. An initial report in 2016 showed multiplatform television driver higher ROI than search, display and short-form video.